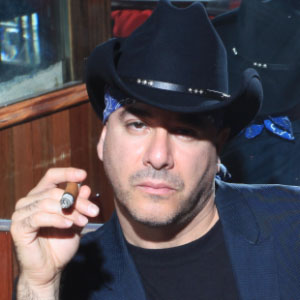 Travis Whitelaw was Born July 4th, 1976, on the 200th anniversary of the signing of the Declaration of Independence. The only child of Latrina and Cletus Whitelaw, who ran a country store near Texarkana, Texas. At the age of three, Travis was reportedly able to sing Merle Haggard’s “Fightin’ Side of Me” in its entirety after hearing it on the radio a single time. By age 13 he was playing guitar and writing his own songs, which often involved themes of drinking, decadence, and patriotism.

Travis’ independent ways and confessed “wild streak” eventually led to his expulsion from high school. Eager to get their wayward son on the straight and narrow, his parents enrolled him in the Wayne-Charlton Military Academy in nearby Hope, where he thrived at first, becoming the youngest student ever to attain the coveted “Amer-I-Can” award, given to students of “great patriotism and promise.” Inevitably Travis’ rebellious side won out though, and at 17 he dropped out of school to pursue music full-time, leading a succession of "outlaw country" bands in the Texarkana area.

Despite garnering a reputation as a burning performer and writer, Travis was unfortunately unable to land a commercial record deal, due to his songs’ no-holds-barred subject matter. In 2008 he decided to “go it alone”, financing the recording of his first album, “Sexarkana!”, which, though a local critics’ favorite, did not go over well with the local Pentecostals, who picketed his performances. In 2009, citing his “God-given Constitutional right to Free Expression”, Travis hit the road, touring the US almost nonstop for the next two years. He had hoped to then settle in Nashville, but, finding the culture of  Music City stifling, broke country music tradition by relocating to New York City instead. 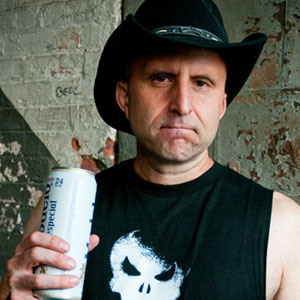 Kyle Luggit was introduced to the washtub bass at age 6 by his grandfather, Earl “Pappy” Luggit, a founding member of Tennessee’s legendary “Young Good ‘Ol Boys”,who headlined countless barn dances and hootenannies throughout the south in the 1940’s and 50’s. The youthful Luggit displayed a natural affinity for low tones, and by age 14 could be found playing electric bass as well as singing bass in the local Baptist church choir.

Unfortunately the incarceration of both of his parents forced him, at 16, to leave school, pawn all his music gear, and take a job as an auto mechanic to support his younger siblings. Always good with his hands, Kyle gradually distinguished himself as the “best damn mechanic in eastern Tennessee”, with his work very much in demand. Kyle Eventually saved up enough to buy a new bass and amplifier, and soon was supplementing his auto body shop income, playing and singing for the “Tennesseemen”, a popular local cover band.

His big break came in 2006, when Travis Whitelaw, passing through town on his way to audition a new bassist in Nashville, needed an emergency ball-joint repair. Impressed by the quality of the work, and noticing the vintage Fender Precision hanging on the wall of the shop, Whitelaw auditioned and hired Luggit on the spot—as bassist, mechanic, and eventual songwriting partner. 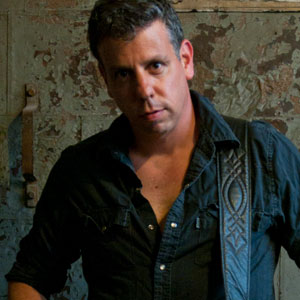 Hailing from either Georgia, Oklahoma, or Missouri, depending on which day you ask, guitar-slinger Randy Christian was already a bar-band legend from Florida to New Mexico when Travis Whitelaw ran across him in 2009 sitting in a Tulsa honky-tonk holding a Fender Telecaster with no case. As luck would have it, Travis was just then seeking a replacement for guitarist Donnie “Mad Dog” Butts. Impressed by Randy’s vintage gear, personal style, and cool demeanor, he hired the twangmaster right then and there.

Famously reclusive, Randy doesn’t do interviews and admits he can get “real mean” when asked about his childhood or personal life. In a band filled with out-sized characters and outspoken personalities, Randy “let’s his guitar do the talking”, and when the last note is played, will often disappear for days or weeks on end, returning only in time for the next gig or recording session. The country music tabloids have reported various sightings—everywhere from rehabs in California, ashrams in Vermont, and back-alley jazz clubs in New Orleans. No matter. As Travis confirms, “Randy usually doesn't come back lookin’ too good but he always plays the hell outta that Telcaster.” 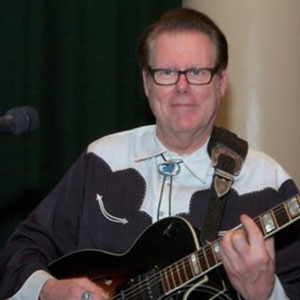 Rooster Smoot Junior was born in a trailer park in Tuscaloosa, Alabama. Though most fans assume “Rooster” is a pseudonym, in fact it’s his legal give name— “A lot of the kids from the park had similar Christian names; it was pretty typical around there”. Both of his parents worked for the local Red Roof Inn—has father Rooster Sr. (“Big Roos”) as a janitor, his mother Fanny as a housekeeper- until it was shut down, when “Lil’ Roos” was 10. Unable to find work, Big Roos finally decided to move the family west, to Leavenworth, Kansas, having received a job offer as a trucker for his brother’s feed company.

The younger Rooster loved sports, and was an all-county football & basketball star at Leavenworth South High. He also dabbled in guitar, and as a senior won the school talent contest with his rendition of Led Zeppelin’s “Stairway To Heaven.” But college was not his road—he chose “the real road”, the trucker’s life of his father. At 18 he received his license, and was soon running long-haul jobs throughout the country. Rooster often brought his guitar with him on the road, but by his mid-twenties had lost interest in the rock music of his teen years, developing instead a taste for country music, especially the “trucker song” variety. When he was 27, while driving through Cheyenne, he purchased his first pedal steel guitar. Discovering he had a deep, almost spiritual affinity for the instrument, Rooster began cutting his hauls short so he could practice in his hotel rooms, often late into the night.

One such evening in 2011, at a Super 8 near Butte, Nebraska, he was working out the licks for “Stand By Your Man”, oblivious to the fact that Travis Whitelaw occupied an adjacent room. The former fellow-trucker knocked on Rooster’s door and introduced himself. The two jammed long into the night, and agreed to keep in touch. Later that year, upon the retirements of steelman Bud “Smoke” Watkins and driver Larry “Crash” Harlett, Whitelaw asked Rooster to fill both positions, and the offer was accepted. 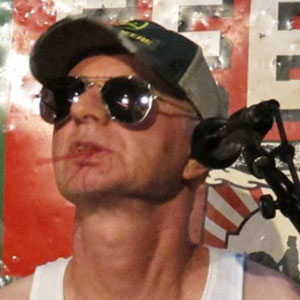 Jackson “Jack” Woody descends from a long line of eastern North Carolina loggers and timbermen. His father Richard “Dickie" Woody was a national chainsaw carving champion in the 1950’s, and young Jack himself won the state competition in the Under-12 division in 1979. Seemingly headed down the family career path, Jack’s life changed forever that same year when he attended his first live concert, a double-bill of southern rock giants .38 Special and Molly Hatchet. The explosive drumming of Hatchett’s Bruce Crump made a powerful impression, and within a few weeks Jack had acquired his first drum set, paid for with his competition winnings.

Naturally wiry as a result of his lifelong experience with felling axes, Jack was a heavy hitter, and despite being only in his early teens quickly gained notice in the burgeoning Greenville rock scene. Through the 80’s and 90’s he played for a number of bands that gained label attention, including the now-legendary Dixon Mason Band, but the elusive record deal never materialized, and by the turn of the new century, Jack found himself working at his brother’s lumberyard in Fayetteville, all but retired from the drums.

Jack still loved music, though, and on most Friday nights could be found “blowin’ off steam and poundin’ Buds” with friends in the popular Burnin’ Yankee country & western music bar in the suburb of South View. One night in 2009, Travis Whitelaw was scheduled there for a surprise one-night warm-up-for his “Sexarkana” tour. During the first song, his drummer collapsed onstage, overcome by alcoholic overindulgence. Without hesitation, Jack picked up the sticks, leapt onto the drum stool, and, without missing a beat, kicked off Whitelaw’s “Viva Mexico”. Mightily impressed by Jack’s boldness and hard-hitting style, and furious at his original drummer’s low booze tolerance, Travis offered Jack the full-time drumming job. 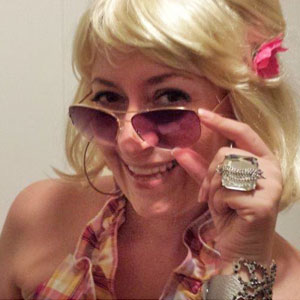 Born & raised in Americus, Georgia, Prissy Dickens first knew she wanted to be a singer at the tender age of 8 when she received a Mr. Microphone for Christmas. Initially influenced by teen popsters like Tiffany & Kylie Minogue, by age 11 she had become a semi-professional Debbie Gibson impersonator, performing mostly at birthday parties, turkey shoots, and Daughters of the Confederacy fund-raisers. Unfortunately, as Prissy entered her teen years her singing career stalled, and by the time she graduated high school her public performances were limited to karaoke appearances at beer joints and occasional singing telegram work. Keeping the dream alive, in her early twenties she worked a succession of part-time jobs in the hotel, restaurant and dog-grooming industries to pay her travel expenses, incurred auditioning for shows like Southern America’s Got Talent, Branson Follies, and Dixie Disney World.

In the summer of 2010, Prissy was waiting tables at the Cracker Barrel in Baconton. It being a slow day, she sang to herself as she delivered an order to a customer she assumed was just another outlaw long-haul trucker. As luck would have it, that “trucker” was Travis Whitelaw, passing through town on his way to a Nascar headlining performance. Falling instantly for both her voice and the cut of her apron, Travis convinced Prissy to quit her job on the spot, hit the road, and join him onstage that night at the Joe Wheeler Speedway! A hit with Travis’ fan base, she was immediately hired as a full-time band member. As Travis told Big Rig magazine in 2011, “Me and Prissy was born to sing together. It’s a musical match made in Hog Heaven.”